Empathy. Do you know what it means?

It's feeling bad for someone, right?

Is it putting yourself in someone else's shoes?

Getting warmer. That's what we've been told, but let's dive in a little deeper.

Theresa Wiseman researched empathy in nurses. Her findings reveal that empathy is a skill that you build. 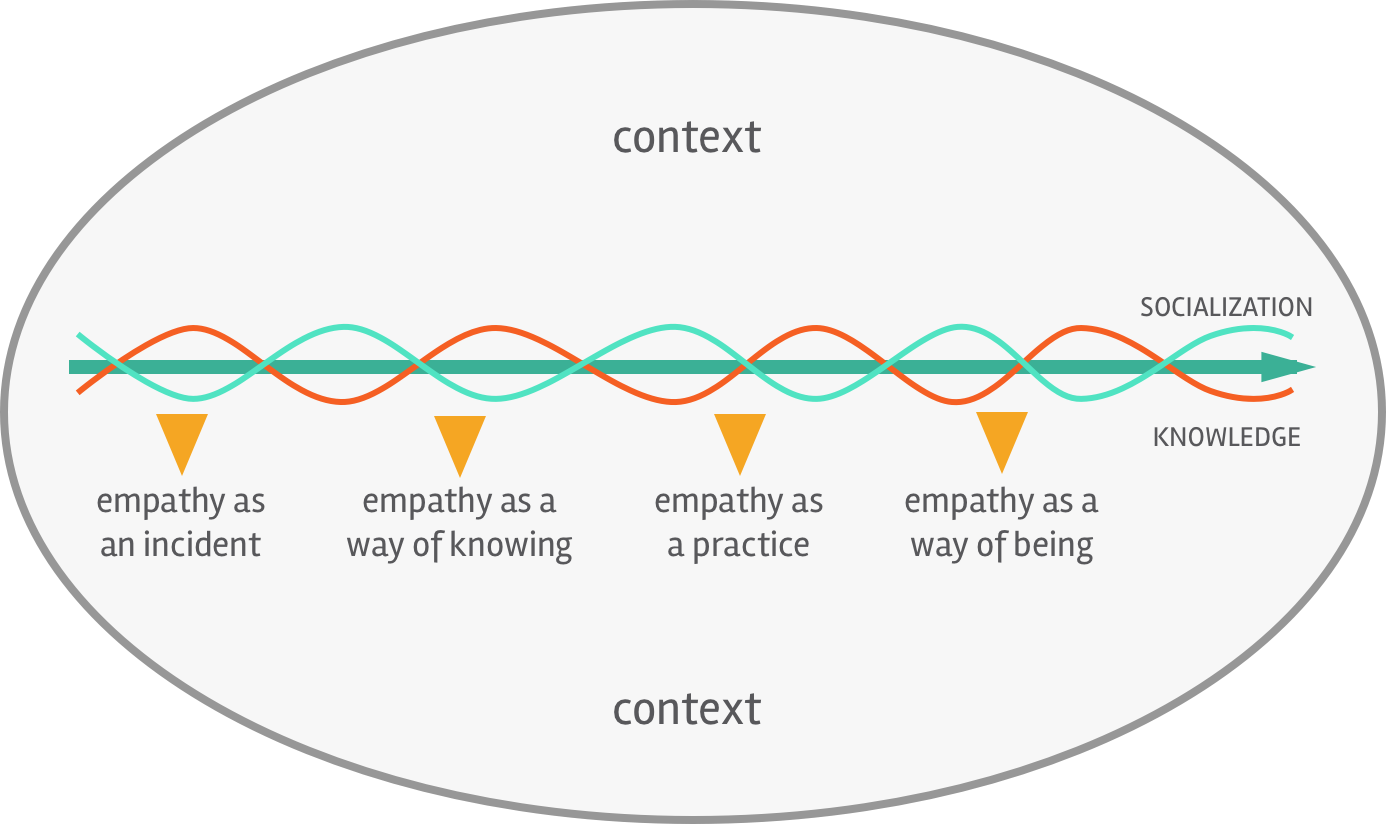 The first thing to notice in Wiseman's framework is how much the context matters. If we're in a situation where empathy is discouraged, it will not flourish. If you want to build empathy at your organization, establishing a culture where it's not only embraced, but rewarded is critical.

Once you've established that you want to build a culture of empathy, you need to provide ongoing stimulation through knowledge and socialization. Empathy does not grow in isolation. Rather, this framework shows how when the right conditions are met, people can move towards higher and higher degrees of empathy.

So why does this matter in software?

As Chad Fowler noted on his blog:

"Empathy is the most important skill you can practice. It will lead to greater success personally and professionally and will allow you to become happier the more you practice."

I couldn't agree more. However, practicing that skill can be propelled or held back by the culture our organizations adopt. If we exist in a culture where our humanity is squelched, practicing empathy can be extremely difficult. I've worked in organizations where programmers were treated as an extension of the machines they work on. Working to exhaustion without expressing emotion was rewarded and sharing your human side could put you on the wrong side of the forced bell curve.

If we want our developers to have more empathy for our customers, we as employers need to have more empathy for developers. We need to cast off the stereotype of good developers being only those people who are emotionless, data-driven, Spock-like caricatures, and embrace the fact that as humans, we all experience emotion. Most of the rock star developers I've worked with have a soft heart but have built up walls because they were never allowed to express themselves fully. This has to stop.

Empathy is a competitive advantage. It helps us build better products and solve better problems by getting to the heart of what's important to those of us who are human — connection to each other. As leaders, it's our job to build software organizations where empathy is encouraged and people can grow both intellectually and emotionally. As Wiseman's research demonstrates, empathy depends on context, so make yours a welcoming one.

Communication is Just As Important As Code

This past weekend, I had the pleasure of keynoting at Ruby Nation. I expanded on one of the core…

How We At Corgibytes Developed Our Core Values

Three years ago, my business partner and I were debating whether or not to give our consulting company another…